Mia Myth (Don’t Say Halo) was a wonderful producer when covered by stallions based at Mungrup Stud.

Fire Goddess made it five winning matches in the Westspeed Platinum Maiden (1400m) at Belmont on Saturday.  The Playing God mare follows winners by Oratorio (2), Due Sasso, Stormy’s Son and Right Wing.

Former Mungrup sire Red Hot Choice can make it six when his 3yo colt Hunters Choice gets mobile for trainer Cliff Green.  Mia Myth, who died last December, only drew a blank in the Great Southern when mated with English shuttler Dick Turpin.

Fire Goddess is trained by Todd Harvey and her front-running victory made amends for a last-start loss as favourite on August 1.  “She was disappointing that day so I backed off and freshened her up,” Harvey said.  “I knew she would take running down when Shooter (McGruddy) got such a soft lead today.”

Playing God (Blackfriars) is now based at Darling View Thoroughbreds and he was instrumental in the resounding success of last week’s Mungrup Stud Dispersal Sale.  A total of 155 lots grossed over $2.57 million with the Playing God yearling filly from Latoria topping the leader-board at $110,000. 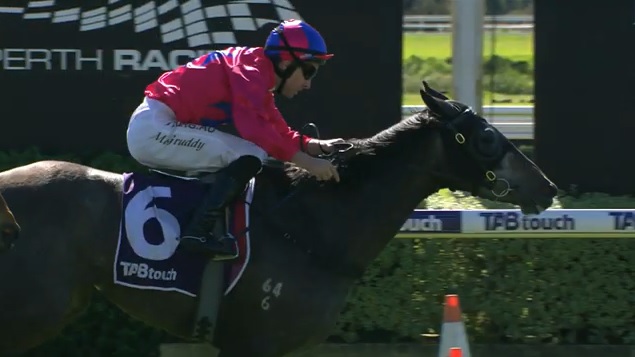