News that Group 1 filly Kay Cee will return for a Belmont winter campaign coincided with an interstate first for her sire Playing God.

The Mungrup Stud resident had already been successful overseas with the Dan Meagher-trained Singapore winner Perfect and he broke through in the Eastern States with Lord Jaysea at Pakenham on Thursday.

Lord Jaysea (pictured with Rachel Armes) is prepared by John Price and looked a progressive type winning the Evergreen Turf Plate (1600m) after firming from $8 into $5. The former WA-based trainer sourced him on behalf of Waterfall Racing at the 2018 Perth Magic Millions.

“His wheels have been spinning over shorter distances and then he ran a PB over 1500m at Mornington last time,” Price said. “He appreciated the soft going and it proved a mile and further will be his go next season.

“Emily (Brown) has been helping out with him at home and she rode him just right tonight. He has a lovely WA pedigree and will probably have one more run before going out for a spell.”

That will come this Saturday and connections have the option of signing off over 1600m at Caulfield or stepping up to 2000m – carrying 62kg – at Donald.

Meanwhile, Playing God’s G1 Kingston Town Classic winner Kay Cee is back in work and will target the LR Belmont Guineas (1600m) on June 20. “A brief winter campaign will keep her ticking over,” trainer Neville Parnham said. “It’s best to have her active ahead of the Ascot summer carnival.”

Playing God (Blackfriars) appears the heir-apparent to his sire in Western Australia. It’s early days, nevertheless, he has built a 60% winners-to-runners strike-rate and an even better 20% stakes performers-to-winners record.

His full-brother to Ascot stakes winner Platoon was purchased by John Chalmers (as agent) for $150,000 at the Perth Magic Millions in February. Those stats and sales warranted another increase for his services this year. 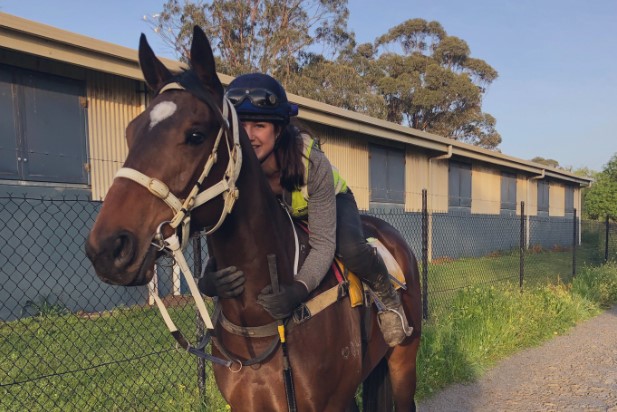