Beautifully-bred filly The King’s Widow will be retired to stud after notching another win for All Too Hard on Friday.

The Tony Gollan-trained pocket-rocket got the upper hand after a duel with Miracle Star (Star Witness) to claim an all-important victory in the Paulo & Greenie Hcp (800m) at Ipswich.

The King’s Widow is the 9th individual winner by All Too Hard this season.  The Vinery sire has set a hectic pace since August 1 to lead the second-season premierships for prizemoney and winners.

B2B Bloodstock’s Ricky Surace bought his latest winner for $130,000 at the 2016 Gold Coast Magic Millions when offered by Baramul Stud.  She is a daughter of Dowager Queen (Savabeel) who won four stakes races in New Zealand before crossing the Tasman to be Group 1 placed in the 2011 Flight Stakes and Victoria Oaks.

Gerry Harvey bought Dowager Queen to join Baramul’s broodmare band for $710,000 at the 2012 Magic Millions National Sale.  “The King’s Widow is her first foal and is only little,” Gollan said.  “With that pedigree, she’s a valuable broodmare prospect and she got the job done today.”

Surace has several options but is favouring a cover by Woodside Park sire Zoustar who stands over 16hh.

All Too Hard is poised for another successful weekend with The Mighty Fed (Randwick) and Eclair Sunshine (Flemington) both entered for Listed events on Saturday.  He stands for a $44,000 (inc gst) fee at Vinery. 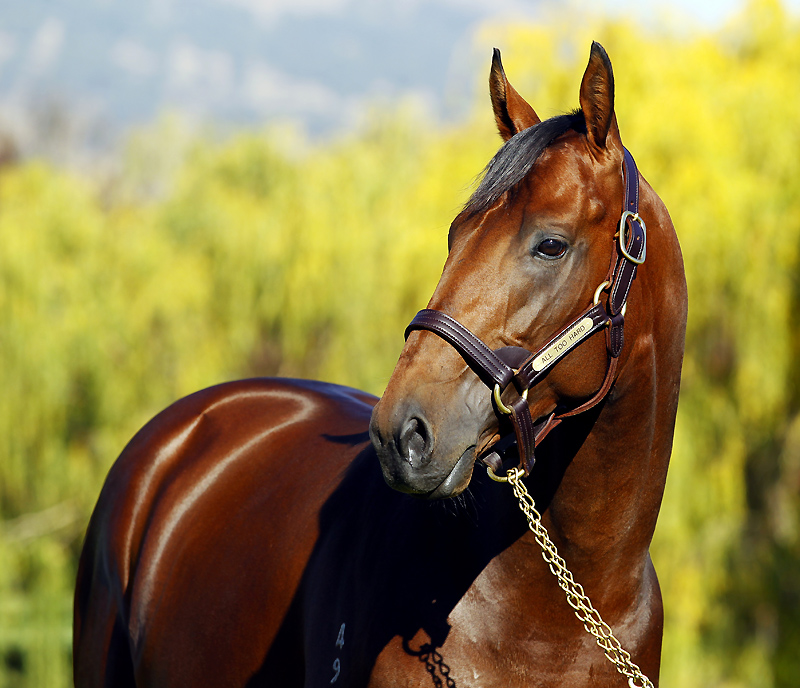