Kelly Schweida doesn’t go overboard with his young ones but he’s willing to make an exception when talking about He’s The News.

He sent He’s The News to the Gold Coast on Saturday and the Press Statement colt stepped up for a significant victory in the Heritage Plate (1200m).  Last seen running fourth on debut at the Sunshine Coast in March, he jumped straight to the front and kept improving under Travis Wolfgram.

“I love this colt,” Schweida declared on Sunday morning.  “I thought he would be back in the ruck first-up but he pressed on and then put lengths on them.”

Despite going out an odds-on favourite following a good trial at Doomben last month, He’s The News was still on the soft side according to his trainer.  “He’s shown me plenty and is still nowhere near his top.  But he ran 1200m on his ear and clocked better times than the Class 1 and Class 2 winners.

“I trained his older half-brother Better Than Ready.  He was a top racehorse and now he’s a champion stallion.  This bloke is still a colt so who knows?”

Bred and sold by Vinery, He’s The News is from the first crop of resident sire Press Statement and his dam Sally’s World (Agnes World) has been a most successful matron after winning 5 times in 10 starts for Gai Waterhouse.

“I liked him as a yearling quite apart from the link with Better Than Ready,” Schweida recalled.  “I got him for $50,000 at the Melbourne Premier on behalf of David Silver from Last Stride Syndications.

“He was immature but I could see something in him.  Travis said as much on Saturday.  He jumped off and told me there’s still a lot to learn.  But when he clicked up in the straight, the colt took off.

“We will go through the grades and see where that takes us.  He’s untapped.” 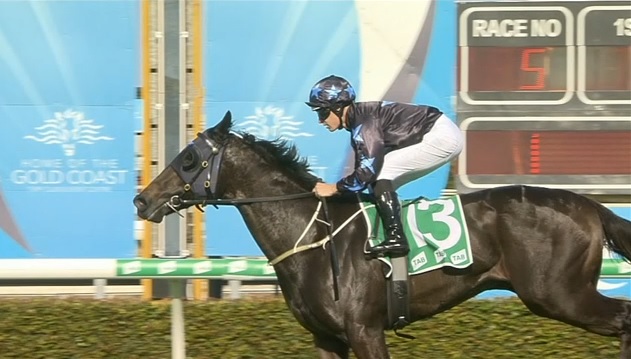