Written Tycoon is the equine equivalent of a human headline.

The Woodside Park Stud champion has been in the news week after week this season with Group 1 highlights in the Golden Slipper Stakes (Capitalist) and Doomben 10,000 (Music Magnate).

The good news continued on Sunday when Publisher notched his 200th win of the season at Edenhope.  The 7yo sprinter is member of his sire’s first crop and is still going strong for Hamilton owner-trainer Allan Clark.

Publisher’s victory improved Written Tycoon’s Australian stats to 122 individual winners of 200 races and earnings over $9.37 million this season.  There have been 7 stakes winners of 11 black-type races and they have been instrumental in helping him break Bel Esprit’s reign as Victoria’s champion stallion.

The double-century follows a very successful set of results at the Magic Million National Sale.  Written Tycoon had 5 foals make $100,000 and more topped by Woodside Park’s $230,000 grey colt from Talkin’ About (Commands).

His Group 3 winner Written Dash was knocked down for $410,000 at the National Broodmare Sale.  She claimed the Typhoon Tracy Stakes at Moonee Valley and is in foal to Darley Victoria sire Brazen Beau.

A half-dozen mares in foal to Written Tycoon were sold on the Gold Coast and they averaged $202,500.  Three of them found new homes in Victoria with Lauriston Thoroughbreds (2) and Spendthrift Australia.

His yearling colt from Littlemiss Sandown (Encosta de Lago) was targeted by Darby Racing and trainer David Vandyke.  They are flying high with Group 1 filly Yankee Rose and reinvested $220,000 of her prizemoney in the colt that was bred and sold by Euroa-based Noor Elaine Farm.

There were more fireworks on Thursday when Written Tycoon’s 2yo colt from Inamorata (Flying Spur) topped the National Racehorse Sale.  He was offered broken-in, but untried, and attracted plenty of interest before falling to the bid of Victorian based syndication leader Brad Spicer.

Written Tycoon is fully booked for 2016 but Woodside Park Stud did put five nominations up for auction in partnership with Inglis Digital at www.bloodstock.com.au

The remaining two noms are being auctioned online during these dates;

This offering is available to all breeders, however bidding can only be done by registered users of the “Everyday Auction” platform. 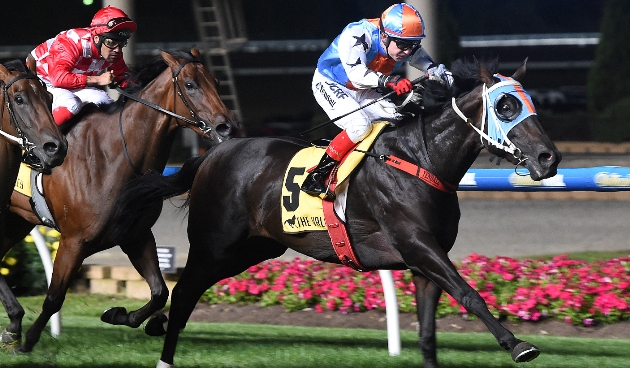