All Too Hard has charged into double figures this month with more 3yo winners in South Africa and Australia.

Roy’s Riviera (No.9) came from the back of the field to win running away at Greyville on Friday night and Za Zi Ba (No.10) scored a front-running victory at Kembla Grange on Saturday.

September has been a landmark month for Vinery’s up-and-coming sire – his winning strike-rate has put a space on the rest of Australia’s second-season sires.  And the top-end of his winners’ tally includes a number promising colts and fillies heading to the 3yo classics.

Roy’s Riviera was very impressive when stepping out for the first time this season in the TAB Gold App Maiden (1600m).  She had been placed at Greyville in both starts during the winter season and showed a tremendous will-to-win when bursting through a narrow gap in the straight.

It was the second victory in 24 hours for All Too Hard and Gerry Harvey’s GH brand.  Darhad, who broke through at Hawkesbury on Thursday, was also sold by Baramul Stud at the 2016 Magic Millions.

Roy’s Riviera is the latest winner for Donna Amata (Anabaa) following Sebring Sally (Strutt Stakes-LR).  She was sold to World Wide Bloodstock for $70,000 and is trained by Frank Robinson who travelled to Australia for the 2009 Melbourne Cup with Mourilyan.

All Too Hard’s local 3yo filly Za Zi Ba had won her maiden at Wyong in July and doubled up in the Kevin Robinson Memorial Cup (1200m) at Kembla.

Za Zi Ba was bred by Neil Werrett and Max Whitby and is from a stakes-placed half-sister to Snitzel and Hinchinbrook.  They retained a share in a partnership with Damion Flower, Bruce Mathieson and Rick Smith after she changed hands for $400,000 at the 2016 Inglis Easter Sale. 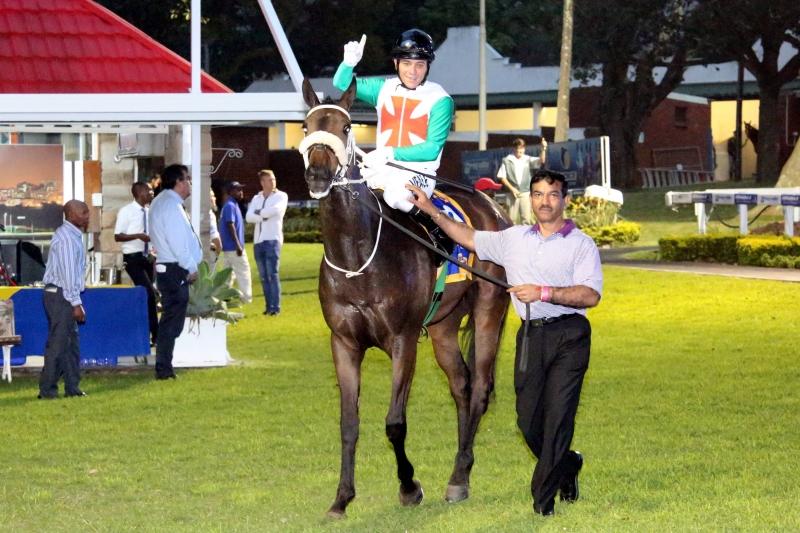