Equiano (Fr) has another star on the horizon in the Emirates with aptly-named sprinter Desert Force.

A two-time winner at Newbury, Desert Force (GB) has won his last two starts at Meydan by a combined 15 lengths and jockey Pat Dobbs predicts he will keep improving after a runaway victory in the EGA Excellence Trophy (1400m) on Thursday night.

“I rode him in England and he was always a very nice type,” Dobbs said.  “He has a great attitude and could progress to the Dubai World Cup meeting if he stays 1600 metres.”

Thursday’s trial for the bigger events ahead looked ultra-competitive on paper but it turned into a one-horse race.  The Doug Watson-trained winner was never headed under a motionless Dobbs.

Equiano is finishing off a career-best calendar year in the northern hemisphere and his southern-bred progeny from Swettenham Stud are also in winning form with Water Diviner (Sha Tin) and Free Standing (Randwick) leading the way in December.

Swettenham has entered three Equiano yearlings for the Inglis Melbourne Premier Sale at Oaklands in March.  The colt from Circus Polka (Lot 717) received a Group 1 update when his dam’s younger half-brother Prized Icon won the Victoria Derby at Flemington in October.

The Premier Sale will be held three weeks before the Dubai World Cup meeting at Meydan.  “Desert Force has plenty of early speed and he’s thriving here,” Dobbs added.  “He’s tough and honest and hopefully there’s more to come.”

Winning owner Malih Lahej Al Basti was appointed to the board of the company that runs Dubai’s Meydan racecourse by Sheikh Mohammed in 2012. 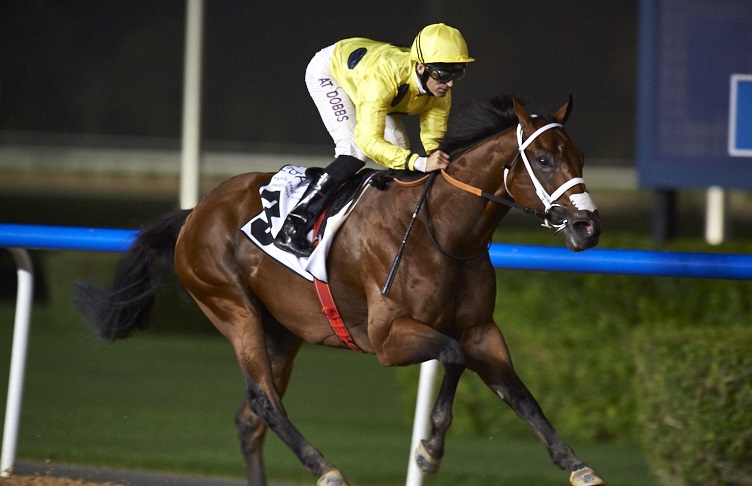