Darling View Thoroughbreds stud manager Brent Atwell has been riding a roller-coaster of emotions with Playing God and I’m All The Talk this month.

Atwell and his father Clive brokered Western Australia’s biggest ever deal for a locally-based stallion when they purchased Playing God from Mungrup Stud earlier this year.  A week later they shook hands on another big-money signing when I’m All The Talk also transferred from the Great Southern to their property at Mundijong on Perth’s southern outskirts.

Playing God mare Kay Cee began November with an outstanding victory in the G2 Lee-Steere Stakes (1400m) and I’m All The Talk took the brand to another level when his filly Watch Me Dance completed the G3 Champion Fillies – G2 WA Guineas double at Ascot last Saturday.

But the racetrack celebrations have been tempered by Playing God’s ongoing fight for life after undergoing surgery for a displaced large colon on November 11.  “It’s been very stressful and at one stage it felt like the walls were closing in,” Atwell admitted this week.  “We were lucky to catch it early but he’s not out of the woods yet.

“Peter Harding and Annemarie Cullimore at the Ascot Vet Clinic have been fantastic.  They are monitoring him closely ahead of a long recovery and rehab.  Hopefully, he can return to normal stud duties in 2021.”

Playing God (Blackfriars) had covered 96 mares and was looking at a final book of 120 before being hospitalized.  He stands for a WA-high service fee of $13,200 while I’m All The Talk (Stratum) is priced at $6,600.

“I’m All The Talk will cover over 90 mares now and he’s doing a good job handling the flow on,” Atwell said.  “He’s been a revelation this season and has settled in here without any problems.”

The Atwells had already pin-pointed Playing God as a champion sire of the future when Mungrup announced its closure in July.  “We had seen him winning two Kingston Town Classics and he was already getting runs on the board with his first couple of crops.  Dad and I put together a deal with Ron Sayers (Yarradale) while Graham Daws (Dawson) and David Moore (Elvira Park) are also involved.

“We also inspected I’m All The Talk while down at Mungrup and were both blown away.  It was the first time we had seen him in the flesh because he had come straight across from Sydney to Mungrup which is a four-hour drive down the Albany Hwy.

“He’s an outstanding individual and we put together a syndicate that includes Chris & Andrea Gales (Gervase Park) and Ben and Jo Duncan (Forest View).

I’m All The Talk sired the G2 WA Guineas quinella on Saturday with Watch Me Dance defeating Em Tee Aye.  “She’s a very talented filly and tough, too.  She won the Champion Fillies on a bog track and was on a seven-day turnaround.  They said she couldn’t back up but she was the one you wanted to be on in running.

“Steve Wolfe has done a marvellous job and, at the weights, she can make it a hat-trick of Kingston Towns for the fillies after Arcadia Queen and Kay Cee.”

The winner’s share of the $1 million in prizemoney amounts to $590,000 and that would put I’m All The Talk on par with Kermadec and Pride Of Dubai at the top of the Australian second-season table.  It would also see him challenging Blackfriars for the WA premiership.

“I’m not discounting Em Tee Aye, either,” Atwell added.  “He was also on a quick turnaround off that Heavy 9 the week before and went down fighting on Saturday.  We bought his dam Azita (Oratorio) for $35,000 at the Mungrup dispersal and she foaled a filly by I’m All The Talk in September.”

Kay Cee’s chances of back-to-back Kingston Town Classics dipped slightly with a mediocre effort in the G1 Railway Stakes on Saturday.  She had looked as good as ever winning the G2 Lee-Steere Stakes on November 7 and trainer Neville Parnham expects to see the real Kay Cee when she steps up to 1800m at weight-for-age on December 5.

Having three front-line candidates for Perth signature event will be an anxious watch for the Atwells but nowhere near as nerve-racking as counting every day one at a time with Playing God. 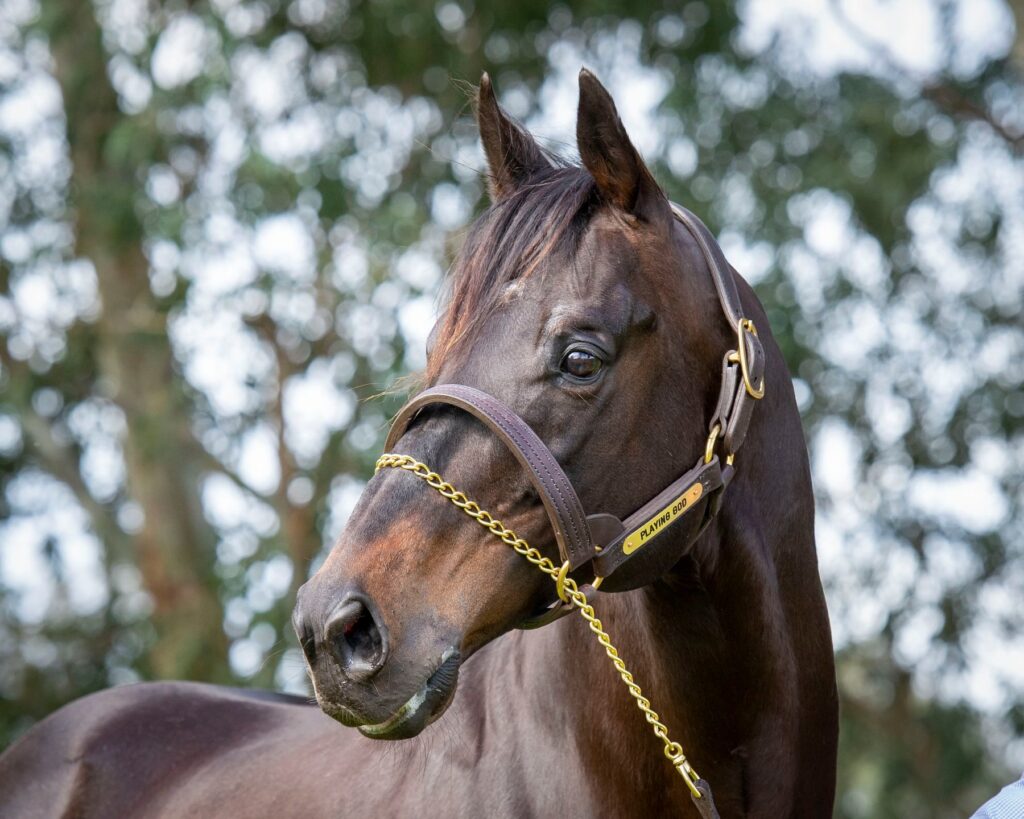