Cambridge Stud, New Zealand’s most iconic stud, is about to change hands and, importantly for the New Zealand thoroughbred industry, it will remain proudly Kiwi-owned.

Sir Patrick Hogan has confirmed that his historic thoroughbred nursery has been sold to Auckland couple Brendan and Jo Lindsay.

“It is no secret that there has been huge international interest in Cambridge Stud for some time now,” Sir Patrick said.  “Many different parties have made approaches to us, however Justine and I were determined to wait for both the right time and the right people – that was non-negotiable for us.

“That right time has now come and the right people have arrived.  A new chapter begins for Cambridge Stud and is one that we firmly believe was worth waiting for.  Cambridge Stud has been our lives for over four decades. We have nurtured it, been its guardians and have proudly seen it evolve into the globally respected operation it is today.

“As we pass the ownership baton on, we know that Cambridge Stud could not be in better hands.  Everyone knows that Brendan and Jo Lindsay are deeply passionate about both our industry and our country, and Cambridge Stud certainly holds a unique place in both.

“For Justine and me, this is a dream come true – we can look ahead with great confidence to the future that Cambridge Stud is assured through its new ownership.

“In answer to the undoubted question of my retirement – the answer is a firm NO, that is not on my agenda.  We will have our 2018 Karaka draft, the final one under our auspices, to prepare.  After that I have plenty of racing and breeding interests to keep me firmly involved in the industry – an industry I will be fully immersed in until the day I die.”

Brendan Lindsay said he was very aware of the huge responsibility that comes with assuming the ownership of such a treasured and revered operation as Cambridge Stud.

“Sir Patrick, a member of both the Australian and New Zealand Halls of Fame, is the undisputed king of the New Zealand thoroughbred industry,” he commented.

“There are no parallels to what he and Lady Hogan have achieved including 31 years as the national sale’s leading vendor. They have been an inspiration to owners and breeders across the world and have cemented the New Zealand thoroughbred as a force to be reckoned with on the world stage.

“Cambridge Stud is more than a stud farm – it is a unique Kiwi legend. No matter where you travel in the world, the Cambridge Stud name is synonymous not only with New Zealand but with unequalled Group One excellence. Eight Melbourne Cups, four Cox Plates, three Caulfield Cups and the Golden Slipper have been associated with the stud.

“We will honour the legacy that Sir Patrick and Lady Hogan have entrusted us with. We feel both proud and privileged to have the opportunity of helping to write exciting new chapters to the Cambridge Stud success story.”

Brendan and Jo Lindsay will assume control of Cambridge Stud in April 2018. 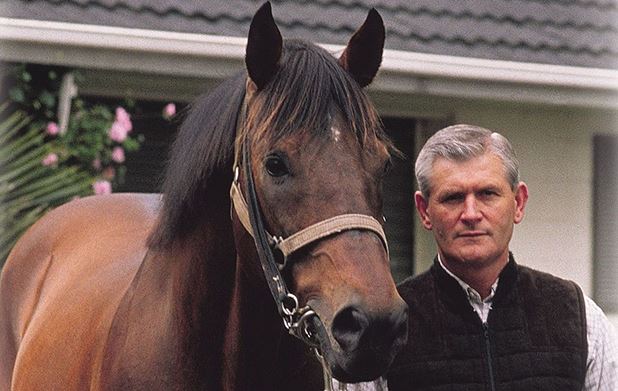