Kiwi import Our Wind Spirit and Seven Castles completed a winning double to kick-start Smith’s new venture at the Warrnambool stables previously run by Darren Weir.  “It’s nice to get one winner on the board, let alone two,” stable manager Maddy Raymond said.  “Getting results like this proves the system is working.”

Seven Castles (Foxwedge) started his career with a Belmont placing last August and that form-line stood up in the Polytrack Maiden Plate (1200m).  “I had an opportunity to slot in closer to the fence but he’s got a massive stride so I was happy to sit wide,” jockey Dean Yendall explained.  “He went whoosh when I gave him a dig and I was kind to him late in the race.

“I’ve been riding him work and he can develop into a handy horse for Lindsey.”

Rounsefell paid $75,000 for Seven Castles at the 2017 Inglis Classic Sale for Smith and a syndicate managed by Perth owner Chris Wells.  That same partnership had purchased G1 Railway Stakes winner Scales Of Justice for $180,000 at the 2014 Inglis Melbourne Premier Sale.

Bill Mitchell (FBAA) also played a hand at Ballarat when Viv Said No won the Sportsbet Power Play Hcp (1400m).  He outlaid $37,500 for the Helmet gelding for part-owner and trainer Shay Keating at the 2015 Inglis Melbourne Premier Sale.

It was Shay’s first win since her father Daryl Brown passed away last month.  He had been an institution at Ballarat after learning the ropes with local icon Noel Kelly in the 1970s.  “I wish Daryl was here,” winning jockey Christine Puls said after unsaddling Viv Said No.  “Shay is a good friend and she was a good jockey.  She helped me get going as an apprentice.”

Mitchell and Brown had teamed up at the 2016 Adelaide Magic Millions to buy Street Boss filly La Lova.  She won at Warrnambool and Ballarat earlier this season after transferring to Aaron Purcell. 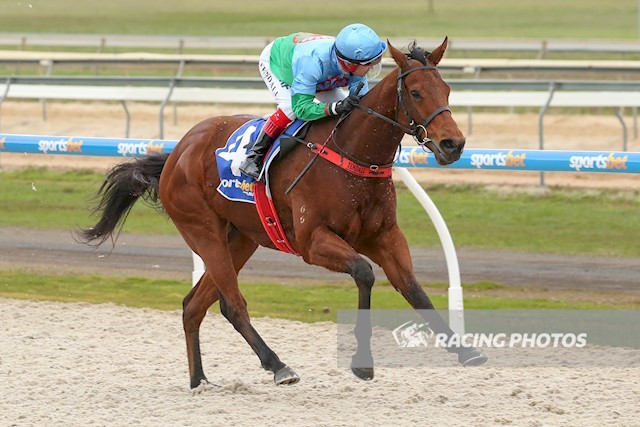