Sniparoochy stood out like a beacon on a bleak afternoon at Belmont on Saturday.

The Snippetson mare bounced straight to the front in the Amelia Park Hcp (1200m) and saw off the challenge of Ain’t No Other Man (Gingerbread Man) to score by the best part of two lengths.  Trainer Stephen Miller indicated she would now be spelled having won four of her last six starts for career earnings of $485,526. 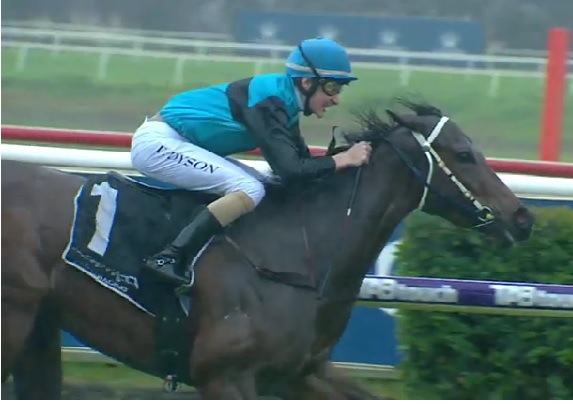 She’s the second and final foal from Ascot winner Mamaroochy (Duporth) and cost $67,500 out of the Scenic Lodge consignment to the 2020 Perth Magic Millions Yearling Sale.

Her older brother Bubaroochy was from Snippetson’s first WA crop and he was also a winner for the same connections.

Miller confirmed it hasn’t always been plain sailing for Sniparoochy.  She cracked a femur in the 2020 Magic Millions 2YO Classic at Pinjarra and was sidelined for more than six months.  “That injury came at the wrong time and we had to be patient,” he recalled.  “She’s tough and the extra time out helped in the long run.”

Miller was confident Sniparoochy could sign off this season a winner even though she was allotted 61.5kg less the claim for apprentice Taj Dyson.  “She carried that weight in wet conditions and she just keeps stepping up.  It’s been a tremendous campaign and we will bring her back for some black-type at the summer carnival.”

Saturday’s victory was one of the highlights of a winning week for Scenic Lodge.  Blackfriars sired a treble – Noble Born (Pinjarra), Glenaureen (Broome) & Chang Man (Kalgoorlie) as did Universal Ruler – Dynamic Ruler (Pinjarra), Gorgeous Gus (Broome) & Sheikh It (Broome) while Dash For Cash weighed in with Money Twist (Belmont).

Snippetson’s 2019 WA Sires’ Produce Stakes winner Tinsnip signalled he could still be a force after winning a Belmont barrier trial last Monday for new trainers Sean & Jake Casey.  They bought him for $20,000 at the Inglis April (Late) Digital Sale.