Golden Monkey is building a big following in Singapore but no-one could have predicted the ease of his latest victory in the Singapore 3YO Classic (1400m) at Kranji.

The son of Vinery sire Star Turn started a prohibitive-priced favourite in the second-leg of the Singapore Challenge on Saturday and cantered home with the race already won a long way out.  Amazingly, it was even more impressive than his first-leg romp in the Singapore 3YO Sprint (1200m) on June 18.

“He’s a really serious horse and just keeps getting better,” trainer Tim Fitzsimons said.  “I’m speechless, he just put them away today.  Thanks to Josh McLoughlan for sending him up here as horses like this make my job really easy.”

Fitzsimons also praised replacement rider Jake Bayliss who took over from his regular stable jockeys Oscar Chavez (suspended) and Manoel Nunes (injured).  “Jake did an amazing job,” he said.  “Everyone wanted the ride but he took the race by the scruff of the neck and got it done.”

Golden Monkey (3g Star Turn – Dixie’s Comet by Northern Meteor) has won three of his five starts for earnings of AUD173,475.  Bred at Bendaree Park by Howard Blight, he made $54,000 at the 2020 Inglis Classic Yearling Sale.

“I played the race over and over since declarations,” Bayliss admitted.  “I had the horse underneath me and pushed the button when I saw Silent Is Gold (Star Turn) drop the bit.  Gee, he has a nice turn of foot.”

In previous years. Golden Monkey would head to the Singapore Guineas (LR, 1600m), however, the third-leg of the 3YO Challenge was discontinued last year.  The Lion City Cup (LR, 1200m) at weight-for-age is a more difficult option on Sunday, August 14.

Hokolesqua is an eye-catching chestnut, just like his sire, and he accelerated straight past the leaders at the furlong in the Frankston Sand & Soil Hcp (1000m) at Cranbourne on Thursday.  He had won a Mornington maiden on debut last December.

“That was a very good win,” co-trainer Wayne Hawkes said.  “He was caught three-deep but Jye (McNeil) didn’t panic.  That turn of foot made all the difference in the better going today.  He hated the Heavy 8 first-up at Bendigo.

“He’s a smaller version of his sire.  We trained Star Turn and he’s on fire at Vinery Stud.  It’s onwards and upwards with this pocket-rocket, too.”

Hokolesqua was bred by a Rupert Legh-managed syndicate and sold through Vinery (as agent) for $50,000 at the 2020 Inglis Melbourne Premier Yearling Sale.

They raced his Flemington-winning dam Little Indian (Not A Single Doubt) and also retained her second foal Typhoon Titmus.  She is an unraced 2yo filly by Headwater with Robbie Griffiths & Mathew de Kock.

My Snow Queen scooted clear by three lengths at her first start for Smerdon in the City Fleet Maintenance Hcp (1100m) at Beaudesert on Thursday.  She had won a Goulburn maiden for John Sargent before transferring to the Gold Coast.

Jazcom Thoroughbreds owner Colin Branthwaite and his wife Meagan race My Snow Queen with family and friends.  Star Turn sired her on a maiden cover for Lionel Left Me (Casino Prince) who won at Morphettville for Tony McEvoy.

“My Snow Queen has a kind eye and a good head,” Branthwaite said.  “She also has a massive stride and I liked her from the start.” 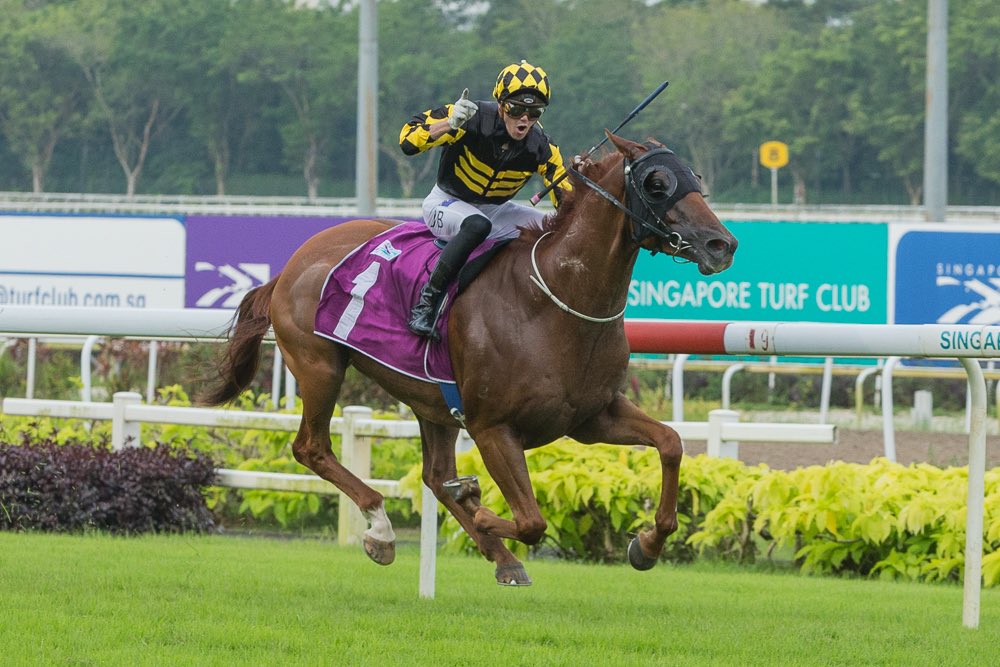