No disrespect to the beaten brigade but Stellar Magic was a class above her rivals at Grafton on Sunday.

Starting a raging hot favourite at $1.40, the 2yo daughter of Vinery freshman Star Turn won the Clarence Coast Aircon Maiden (1015m) with her ears pricked in a sizzling 58.06s.  The race was as good as over when Ben Thompson glanced across his left shoulder and released the brakes in the straight.

Stellar Magic was resuming after a desperately unlucky second on debut at Eagle Farm in October for co-trainers Steve O’Dea & Matt Hoysted.  Stewards reported she was crowded at the start and found more trouble when disappointed for a run passing the furlong pole.

“It’s good to get that maiden out of the way nice and early,” Hoysted said.  “She’s a progressive filly and we’ve worked on getting her to jump after that slow getaway first-up.  She landed in front today and Ben rated her perfectly in the lead.

“She’s not the complete package yet but is beautifully balanced with a big stride.  She’s going places and we will take her back to town next time.”

Star Turn is a Top 5 stallion on the Australia first-season table with four individual winners earning $526,595.  Stellar Magic was bred at Yarraman Park and graduated through its consignment to the 2020 Inglis Classic Yearling Sale when knocked down to Proven Thoroughbreds for $100,000.

Her dam Al’s Magic Miss (Magic Albert) was trained by David Payne to score on debut at Randwick and she finished her 2yo campaign winning the Rosebud Fillies Preview at Warwick Farm.  A black-type placing followed as a spring 3yo when she was runner-up to Karuta Queen in the Heritage Stakes LR at Rosehill.

Star Turn has a colt bred on the same cross catalogued for next month’s Inglis Australian Easter Yearling Sale by Fairview Park (as agent).  The chestnut from Blitz ‘N’ Magic (Lot 219) is the first foal of a Magic Albert half-sister to Melbourne Cup Gr.1 winner Vow And Declare.

Stellar Magic’s stablemate Enrique completed a double for O’Dea & Hoysted, Proven Thoroughbreds and Vinery in the Yamba Caravan Maiden (1420m) at Grafton on Sunday.  The Sebring 3yo was sold by Vinery (as agent) for $50,000 at the 2019 Inglis Classic Yearling Sale. 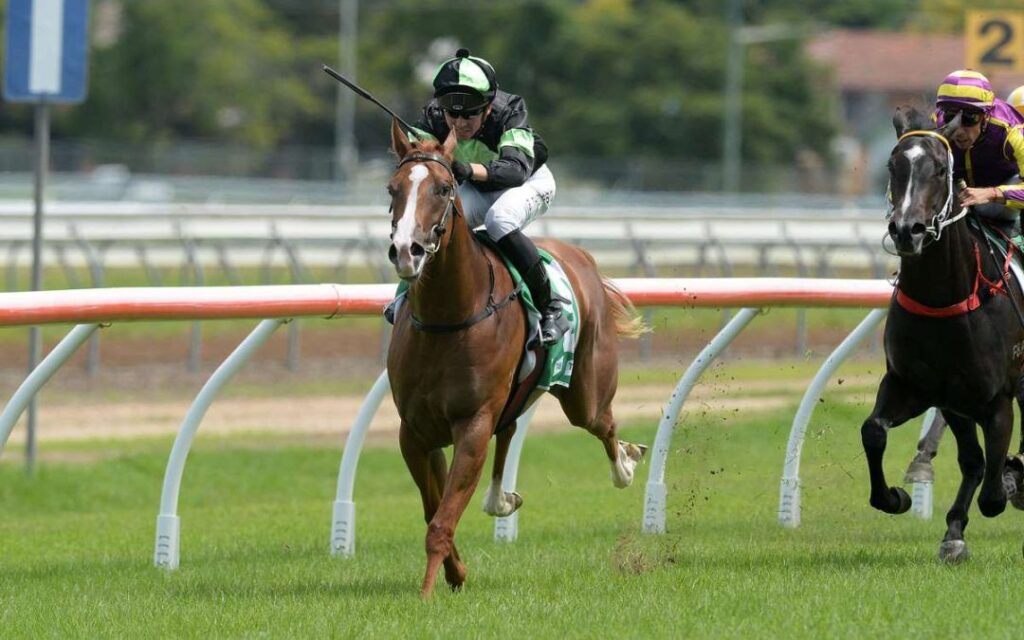