Its Street Boss – No Vanity colt (Lot 47) made $78,000 to the bid of Caulfield trainer Gerard Moloney.  Last month Greta West sold a Fighting Sun colt for $115,000 at the Inglis Premier Sale.

Federation of Bloodstock Agents Australia (FBAA) founding member Tim Stewart is closely involved with the colt and he has been bloodstock advisor to Greta West owners Laurie and John McCarthy for many years.  They sold him through the Basinghall Farm draft at Oaklands.

Moloney had been tipped off about the colt by Basinghall studmaster Tas Reilly. “I knew all about him before coming here for inspections this week,” Moloney revealed. “He will need time but looks a nice prospect.”

The Street Boss colt had made the cut for the Melbourne Premier Sale earlier this year but had a setback and was withdrawn. He descends from a family that goes back several generations at Greta West Stud.

His dam No Vanity is by Greta West sire Keep That Faith and she won three races at the provincials for Robbie Griffiths. Second-dam No Mischief (Mister C) was a Listed winner of the Vanity Stakes at Flemington and third-dam Artful Lass was bred by the late Ed Barty at Trevenson Stud using his successful sire The Pug (GB). 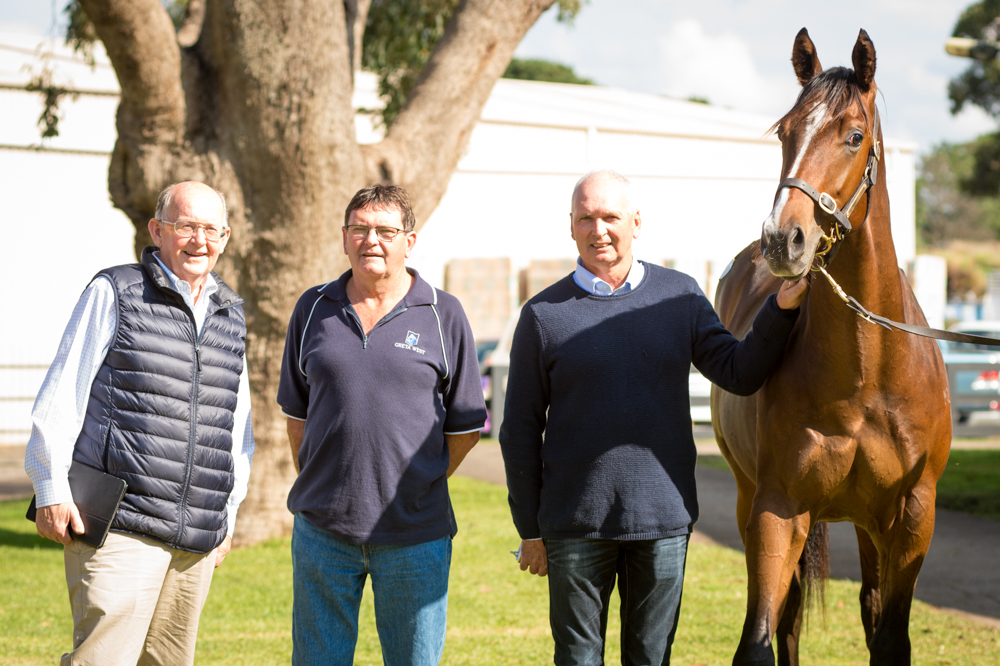