The Candy Man will transfer to Team Hawkes in Sydney this week for a Group 1 campaign aimed at the $1million Epsom Hcp (1600m) at Randwick on October 3.

The Queensland cult hero booked a ticket south after winning the TAB Quality (1400m) at Eagle Farm on Saturday.  Anchored with 61kg, the almost white son of Casino Prince had a neck to spare from in-form mare Skate To Paris.

The Candy Man (7g Casino Prince – Melody by Stravinsky) responded to the loud support of his fans to make it 11 wins from 23 starts with $514,850 in prizemoney.  He has some unfinished business in Sydney having failed in the 2019 Epsom.  “I made a mistake last year and I’ve prepared him a lot different this time,” trainer Barry Baldwin said.  “He’s done more work and and a lot more swimming.

“I just hope he proves he’s as good as we think he is this time around.  He’s put on an extra 25kg and it’s all muscle.”

The Candy Man is raced by Lucky Pippos and Edgar Allen after changing hands for $120,000 at the 2015 Magic Millions 2YO Sale.  Bred by Bundaberg couple Steve and Leonie Driver, he’s a younger brother to Casino Prince’s Randwick stakes winner Phrases.

“He’s a bit of character and was always travelling like a winner,” jockey Brad Stewart said.  “I probably could have got through between the two leaders but I took him wide for more room.”

Casino Prince mare Joymaker completed a running double for the Vinery sire at Eagle Farm in the BRC Membership Renewal Hcp (2200m).  She is raced by the Heatley family who have been long-time clients of trainer Kelly Schweida.

Joymaker (5m Casino Prince – Wurood by More Than Ready) has earned $180,000 off a bargain $22,000 price-tag at the 2017 Gold Coast Magic Millions.  Her dam is a half-sister to Caulfield stakes winner Ulfah (Encosta de Lago).

Casino Prince stands for a $5,500 (inc GST) service fee at Vinery and The Candy Man won’t be his only Group 1 starter in October.  His last-start Randwick stakes winner Sweet Deal is being set for the Empire Rose Stakes at Flemington on October 31. 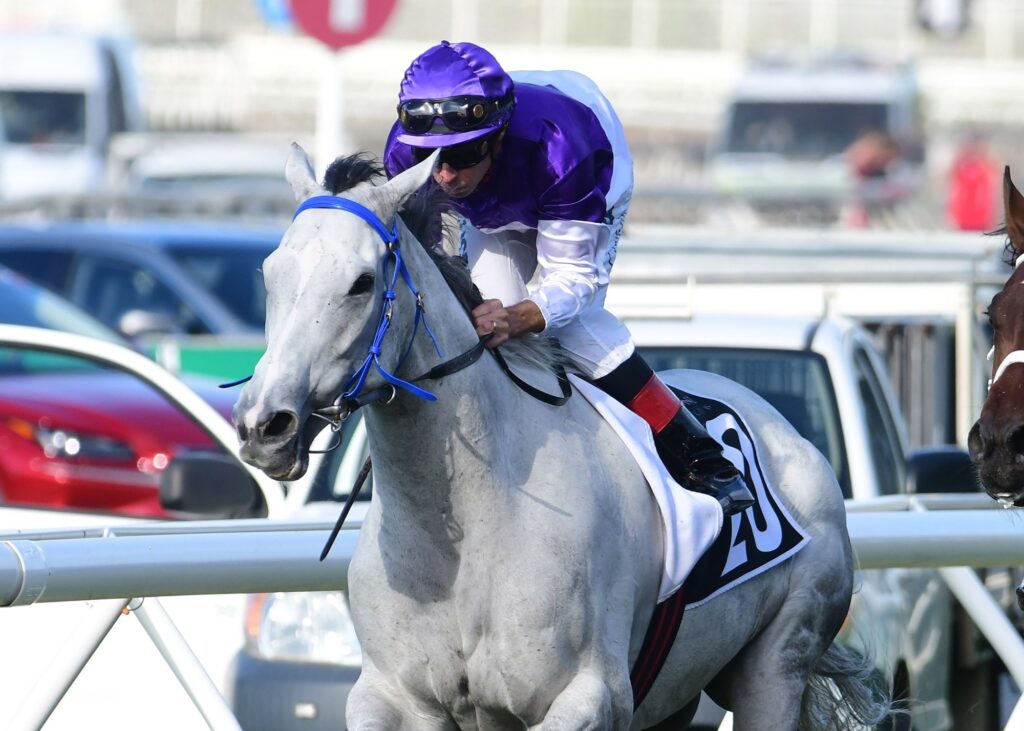