Hariasa returned to racing with a blistering victory down the straight at Pinjarra on Thursday.

The Bernie Miller-trained mare with the big white blaze was prominent under Pat Carberry and was never headed in a performance that warranted our first TBWA Winner of the Week Award.

Initially with Brett Pope, Hariasa signalled she was ready to break through at her fifth career start when a three-length trial winner at Belmont on March 2.

Hariasa is by Mogumber Park sire Safeguard and is the fifth and final winner from Carlton Spirit (Fraar) who had won the 2002 Debutante Stakes (900m) at Caulfield.  She had thrown winners by Anabaa, Fastnet Rock and Charge Forward by the time Namerik Thoroughbreds owner Alan Bansemer bought her for $20,000 at the 2013 Inglis Easter Broodmare Sale.

Carlton Spirit was carrying her fourth winner – Femelle (Charge Forward) – when changing hands and Bansemer retained her to keep a link with the family.  Her Patronize colt was a $75,000 buy for Simon Miller at the 2021 Perth Magic Millions Yearling Sale and she was covered by King’s Troop in September. 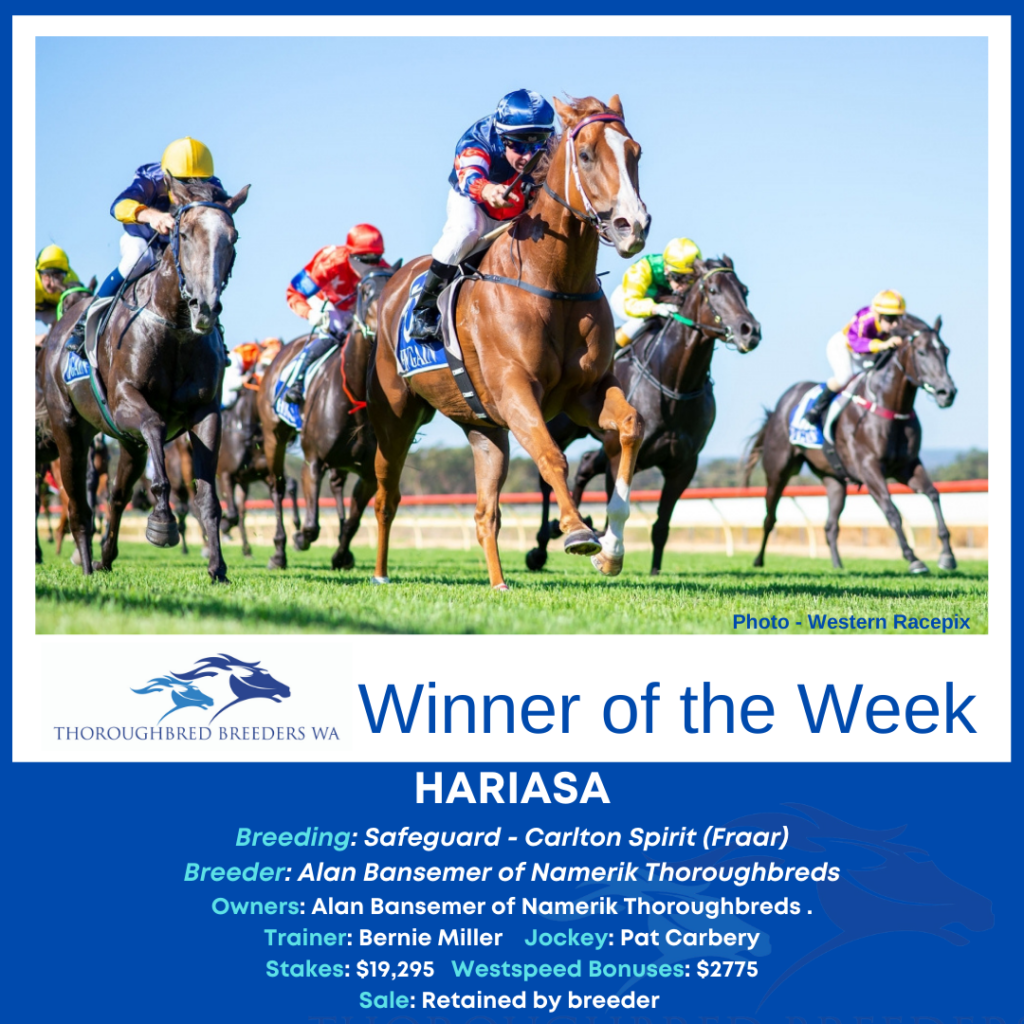