Vanna Girl is on a hat-trick of feature wins at the Brisbane winter carnival after powering home in the Pam O’Neill Stakes LR (1600m) at Doomben on Saturday.

The Vinery Stud graduate has emerged as one of the most improved horses in Queensland this prep and trainers Toby & Trent Edmonds are in two minds whether to keep her in work or concentrate on a spring campaign in Melbourne.  Saturday’s result followed a strong win in the Daybreak Lover Stakes LR earlier this month and connections have the option of taking their 3yo filly to the Doomben Roses Gr.2 in a fortnight.

Vanna Girl (Husson) was buried in back of the pack as tearaway leader Iamican set a fast pace in the inaugural Pam O’Neill.  After angling wide in the straight, she launched a late bid for a half-length victory over Celestial Falls (Hinchinbrook).

“The Roses is over 2000m and she’s looking for longer than a mile,” Toby Edmonds said.  “But I don’t mind if she goes for a spell now and gets ready for next season.  There are a lot of good races for her in the spring and I’m really looking forward to it.

“She’s versatile and can be on the speed or come from the back with that great turn of foot.  She’s only a baby but always does her best and will furnish the right way as a four year-old.”

Vanna Girl’s initial goal had been the Queensland Oaks Gr.1 until it was removed from the calendar due to COVID-19.

She graduated from Vinery’s draft to the 2018 Inglis Classic Yearling Sale and has turned a $40,000 price-tag into earnings of $270,000 after 6 wins in 9 starts.  Her large syndicate includes John Robinson who also bred her stakes-placed half-sister Plucky Girl (Pluck).

Vinery’s growing list of feature-winning graduates this season can continue at the winter carnival if Exhilarates takes her place in the Stradbroke Hcp Gr.1 next weekend.  She firmed from $17 into $11 after a quick-closing second to Stradbroke favourite Dawn Passage in the Fred Best Classic Gr.3 on Saturday. 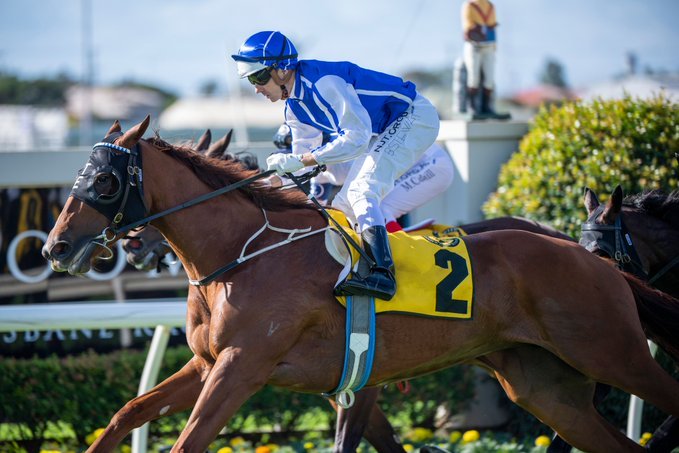