Lindsay Park reports Dark Dream will be set for a country cups campaign following his last-start victory at Flemington.

The widely-travelled son of Geisel Park sire All American returned to winning form with a powerful victory in the Living Legends Plate (1700m) last Saturday week, January 15.  A Group 1 winner of the 2018 Queensland Derby (2200m), he was greeting the judge for the first time since breaking a class-record in the 2019 Harlech Hcp (2000m) at Sha Tin.

Repatriated from Hong Kong last year, Dark Dream had been runner-up in three of his last four starts at Caulfield and the Moe and Werribee Cups.  “He’s a warhorse and pulled up extra well after Flemington,” Lindsay Park racing manager Dom Rhoden said earlier this week.  “He’s been running very well without winning but it’s a bit difficult to place him with such a high rating.

“Going over to Tasmania for their carnival was a possibility but Ben & JD (Hayes) have decided to keep him closer to home.”

Jockey Luke Nolen expects the wins to keep coming for Dark Dream.  “I ended up getting to the front a bit sooner than anticipated at Flemington but he was really competitive through the line.  Placed to advantage, there’s no reason why he can’t go and win a couple more now.”

Dark Dream was originally raced by NSW breeder Mary-Jane Basson and Geisel Park (as agent) will sell his full-brother as Lot 91 on her behalf at the Perth Magic Millions Yearling Sale next month.  “He looks a classic colt – just like his brother,” Geisel Park manager Conor Dunlop said.  “There’s plenty of strength and substance and he will be a head-turner at the Magic Millions.”

Basson boards their dam Buchanan Girl (Lion Hunter) at Geisel Park.  She foaled an All American filly in October before being bred back to him in November. 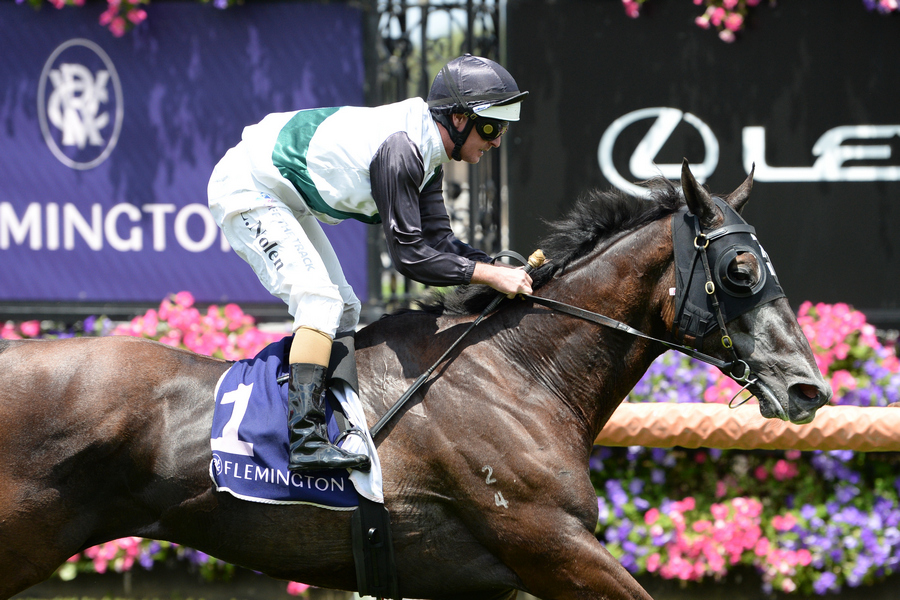