The David Harrison-trained youngster was spotting Vranyo the best part of five lengths at the furlong but cut her down in the shadows of the post at Belmont.  “I wasn’t going to discount Galaxy Cat even though she hadn’t done much in her first two starts this prep,” Harrison revealed.  “She had worked very well this week and was the one to scout today.”

Star Turn has sired 17 first-crop winners at home and abroad this season and two of them are based in Perth.  Beads had cut the west coast ribbons at Belmont on June 19 and they’ve helped the Vinery freshman get within two wins of Capitalist at the top of the first-crop winners’ table for 2020-21.

“I bought Galaxy Cat as a foal for $40,000 at the 2019 Magic Millions National Sale,” Harrison recalled.  “She’s a half-sister to Jericho Missile and that obviously sparked my interest.  I liked the way she moved and it looked like she had it all together.”

Their dam Onecatstoomany (One Cool Cat) foaled a filly by Russian Revolution last year and Bentata bred her back to Vinery’s Oakleigh Plate Gr.1 winning graduate in October.

Vranyo looked home for favourite punters when she kicked well clear in the straight.  A placegetter at her previous two starts – the first of them behind Beans – she is another Star Turn foal graduate after making $30,000 to the bid of Ascot trainer Simon Miller at the 2019 Inglis Australian Weanling Sale.

Sold by Carramar Park, as agent for Brian and Sandra Elliott, she’s from Gooree Park-bred mare Our Miss Donovan (Hussonet) who is a half-sister to Older Than Time (ATC Sky High Hcp LR).  The Elliotts also bred Press Statement filly Tawfiq Lass for wins at Kempsey and Coffs Harbour earlier this season. 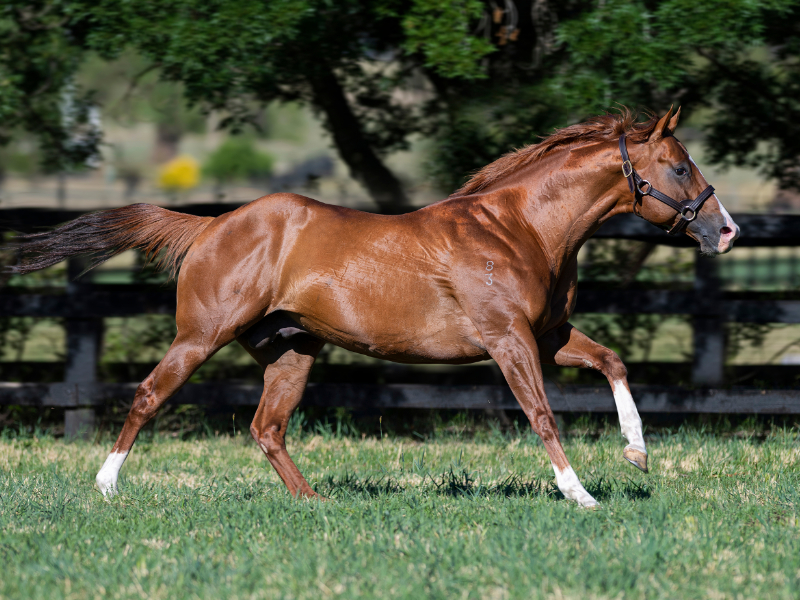