Debbie Kepitis used a buying blueprint that has worked so well in the past when she paid $425,000 for a Not A Single Doubt filly at the Inglis Easter Yearling Sale.

Offered by Vinery Stud (as agent) for breeder Kerry Stephens, the filly is from Downtown Manhattan (Manhattan Rain) who is a sister to South African Group 1 winner Whiskey Baron (Kenilworth Sun Met Hcp).

Kepitis buys under the Woppitt Bloodstock banner in conjunction with her husband Paul and daughters Lara and Alinta.  She is a partner in champion mare Winx and the same sale strategy came to fruition at Riverside Stables on Wednesday morning.

“Guy Mulcaster made up a hit-list for us and Chris (Waller) gave them his tick of approval,” Kepitis said after signing off on Lot 280.  “We really loved her but there was one proviso.

“I don’t normally like chestnuts but made an exception with this filly.  She’s from a great farm and we’ve raced a few nice winners by Testa Rossa.”

Downtown Manhattan was purchased at an online sale off the track by Stephens who works at Arrowfield Stud.  Her husband Dennis Griffin is the yearling manager at Vinery.

“I foal them down and Dennis preps them for the sales,” Kerry laughed when explaining there was no conflict of interest.  “She’s a lovely mare and gave us a filly by Pariah last year.  It was a November foal so we gave her a year off.”

Downtown Manhattan’s first two foals (by Olympic Glory) were sold to Japan for a combined $680,000.  The first was a colt named Sandre and he has been placed for Shadai Stud’s Katsumi Yoshida.

Her third foal is a Not a Single Doubt filly that made $500,000 at the 2020 Gold Coast Magic Millions.  She was purchased by Godophin and subsequently named Madison Square.

Chris Waller will train her Easter Sale graduate and will also prepare the I Am Invincible – Snitzerland colt (Lot 89) that changed hands for $950,000.  Vinery sold that ‘Vinnie’ colt to a Coolmore Stud syndicate on Tuesday. 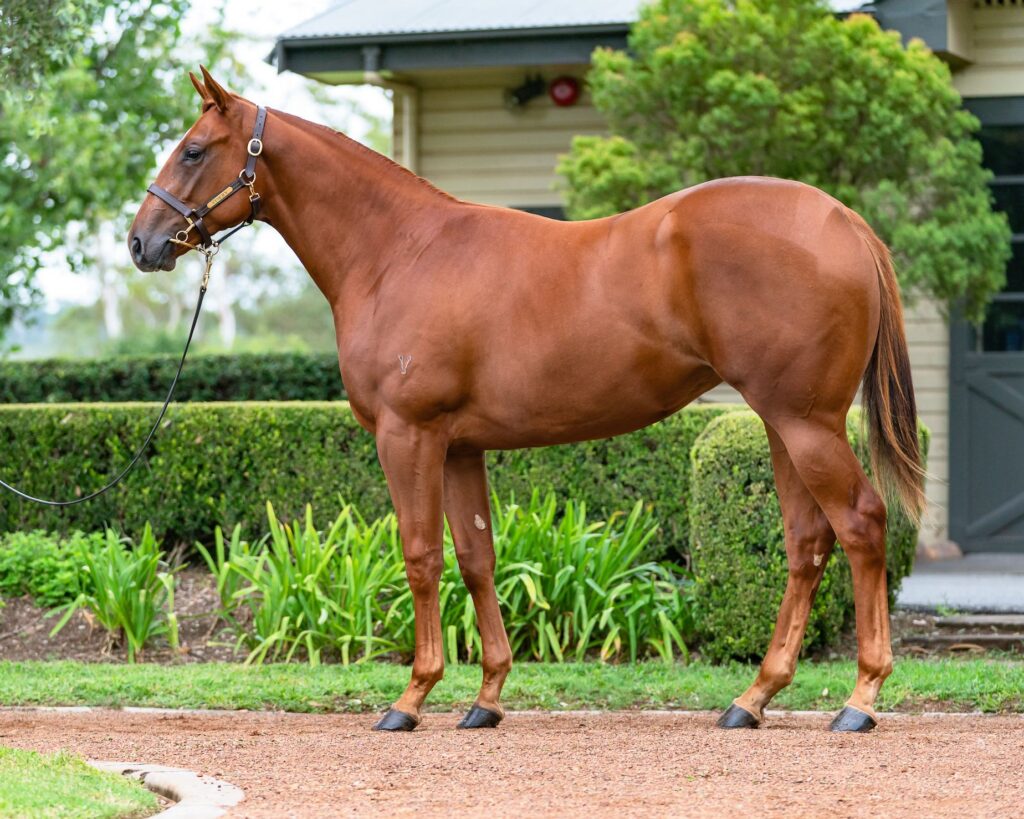